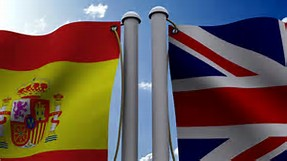 some quick facts about us here at European Relocation services

Our vans have travelled by Road , Rail (the Channel tunnel ) and Sea on the Dover - Calais or Dunkirk routes with +DFDS Seaways UK - English Channel
(All our Spain -UK routes are run though the channel ports of either Calais or Dunkirk )

And the highest we have unloaded on a removal job to date is ? at 1500 metres above sea level in the Swiss Alps (that's 1 metric mile) the job in question even need a shuttle van to access the property

We have delivered some movie props to Luton Airport for a well known airline. Plus we have also delivered a pallet to the Cargo terminal at East Midlands Airport

And even collected props from the Edinburgh fringe festival

The van is fitted with a 500kg taillift 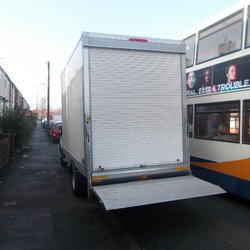 Posted by european relocation services at 16:49

Thanks for visiting please note we no longer update this page please visit our website https://europeanrelocationservices.weebly.com/upcomi...